According to the American Association of
Orthodontists, age 7 is the ideal age for your
child’s first orthodontic evaluation!

I sure didn’t… Here’s my story. Many of you know that Noah has always been my difficult child. From the very start he was always moving, sometimes too fast for me to catch in time. He and I would always butt heads.

When Noah started kindergarten things were going great. He was excited for school, he enjoyed doing his homework, things were easy-ish. We started first grade and things drastically changed. He HATED going to school, doing homework was a fight every day, he would get a yellow slip home from the teacher because of his behavior in class almost daily. He would not sleep thru the night because he snored so loudly and aggressively that he woke himself up. He was constantly tired since he wasnt getting a good nights sleep. The fighting between the two of us got worse.

At his regular doctors check up I mentioned these things, she suggested we do a few evaluations at home and at school to see if he possibly had ADHD. After a few weeks on monitoring his behavior patters, outbursts, and social interactions she concluded he did have ADHD. We put Noah on a very low dose of medication. Keep in mind I have up to this point been very anti meds. I tried changing his diet, environmental stimulation, counseling, etc.. anything you can think of believe me I tried it. Medication was my very last resort.

After a few weeks I noticed a subtle change with him. He was still not loving school but wouldnt fight me, he was still getting in trouble but not as often. He was still not sleeping thru the night. We would need to take melatonin almost daily just to go to sleep because he was so wired from the meds. So we stayed on this course for his second grade year.

Then I started noticing that his meds didnt seem to be working. I conducted a test shortly after he started third grade. I would randomly give him the meds. Guess what?? His teacher couldn’t really tell if I had given it to him or not. The medications weren’t doing anything! So back to the doctor we go. We spent all of third grade changing meds and changing dosing. Basically experimenting with my kid…

I had finally had enough. I took him off all medications and back to square one. I had been working at Molen for a little while at this point and learning so much about airways, breathing, ADHD and how this is all linked together. In many cases ADHD is misdiagnosed because it is the easy fix. In some cases it is a matter of simply not being able to fully breathe. Did you know that children should not snore or sleep with their mouth open? It is actually a sign for us parents to get things checked out. Dr. Aaron would speak about the importance of catching things early to expand the palette and open the airway. I was glued to his words like a bear to honey. I read articles and testimonials, asked a bazillion questions.

In January of 2019 at the age of 9 3/4, I took Noah in for a consultation. We had a 3D xray taken. We were able to see his tonsils and adenoids on the images, we were able to measure the width of his very small airway. Noah’s airway measured at 67mm. His nasal passages were at 29mm
Dr. Chris recommended we place expanders to open up room for his permanent teeth to fall into place and to start opening his airway. He told me to take Noah to see an ENT specialist and eval to have his tonsils and adenoids removed.

Mid March we had our consultation with Dr. Becker. She asked Noah to open his mouth so she could examine his tonsils. He opened and she gasped. His tonsils were so large so could see that they needed to come out without having to press his tongue out of the way or even feel for them. We had his surgery the beginning of April. After he was in the recovery room she came to me and said his adenoids were so large they were GROWING into the back of his nostrils. No wonder the poor baby wasn’t sleeping thru the night! Immediately Noah expressed he was able to breathe. He was sleeping thru the night. He was not snoring. He was still having a little trouble at school but things were so much better. He wakes up easily. His whole demeanor has changed.

Here we are in July, we had another 3D xray taken and the airway was worked up again. Noah’s airway measured at 151mm. His nasal passages are at 33mm. This is a HUGE change in just 6 months. Can you imagine what it will be like when were all done?

Had I known to bring Noah in earlier we would have avoided two very tough years, many, many unnecessary medications, and a lot of tears.

I am so thankful for the knowledge I now have and the chance to help another family possibly avoid what we went thru. For the doctors at Molen, Thank you for being so passionate about early orthodontics and educating your team and colleagues. You changed Noah’s life. 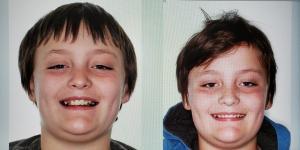 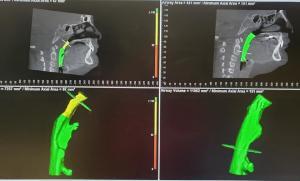 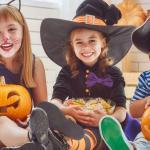